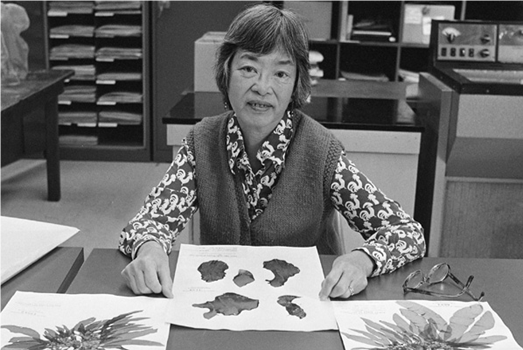 by Aja Grande, Ph.D. Student of civic infrastructures and land ecologies as spaces of subject formation at the Massachusetts Institute of Technology in the department of History, Anthropology, Science, Technology & Society (HASTS).

*The following is an excerpt from a paper in progress.

I welcome the opportunity to note how quickly one’s customs and religion can be swamped by the newcomer, bent on complete change, tolerating nothing of the old. […] Aloha no i ka wā i hala (Great affection for the time that is past). The plants are still with us, and we have learned how to plant and care for them, and to duplicate the crafts if not the craftsmanship. If we seem inordinately proud of our ancestors and what they contributed, it is because the pride has brought back the spirit of the Hawaiians (Abbott, 2002: 3-6).

During the winter of 2017, I found myself rummaging through a storage room stocked with old Hawaiian history books from my paternal grandmother’s high school teaching days. Joan, my grandmother, traces her ancestry to Portuguese and Spanish subjects of the Hawaiian Kingdom in 1883. She used to teach Hawaiian history at Leilehua High, a public school on the west side of O‘ahu island. While I parsed through the shelves, my grandmother poked her head in to discover my sincere interest in her archived life. In her usual direct way, she asked, “Tell me what you’re looking for.” I replied, “Something about plants.” Her eyes scanned the shelves… “Here,” she said, and bestowed to me a copy of Dr. Isabella Aiona Abbott’s 1992 publication, La‘au Hawai‘i: Traditional Hawaiian Uses of Plants.[1] It is through this inheritance from my grandmother that I have grown to appreciate the book’s author, Dr. Abbott, who dedicated her life to identify and classify seaweeds in ways that called upon both indigenous Hawaiian knowledge systems and Western botanical frameworks. Serendipitously, heritage of Abbott’s work to me from my grandmother reflects a longer lineage of Hawaiian tradition that has seen women passing ethnobotanical knowledge down to their daughters and granddaughters. This course of knowledge transfer between women exists among indigenous groups globally, in Latin America,[2] Asia, Africa, Europe, and North America.[3] The following paper about the late Dr. Isabella Abbott, world renowned expert in central-Pacific algae, shows how a remembrance of her work may contribute to redefining notions of the environment in what seems like another era of cultural revival for Native Hawaiians.

As a mediator between Indigenous knowledge systems and Western frameworks of science, Abbott represents a way of communicating between two epistems, or genealogies of knowing, which infuse current-day disputes about land rights in Hawai‘i. To some, the Hawaiian Islands are recognized as the fiftieth state of America. For a handful of Native Hawaiian activists, the archipelago is regarded as sovereign territory. From a third view, a global community of scientists sees part of Hawai‘i’s lands, such as Mauna Kea (“white mountain”), as the ultimate place on Earth for an international observatory: the Thirty Meter Telescope (TMT). TMT’s directors argue that its construction on Mauna Kea “represents the pinnacle of human imagination and innovation, enabling in-depth understanding of the origins of our universe while pushing further the frontiers of human knowledge.”[4] Protesters from around the state and around the world have spoken out against the building of TMT, and have literally camped out on the mountain to block construction worker access to Mauna Kea’s summit.[5] Some protesters have expressed they are protecting a way of life, while others, such as Trisha Kehaulani Watson, voice that the movement is “all about the needs of Hawaiians being disregarded for 125 years.”[6] At these intersections of social-political unrest, I hope that this paper on Abbott might show how one life story can bring to light the wider arc of possible conciliations on settler colonial grounds where frameworks of Western science and Indigenous knowledges come face to face in confrontational ways.

Abbott, as a half Native Hawaiian and half Chinese ethnobotanist, defines human relationships to the ‘āina (“that which feeds”) as part of nature as opposed to outside of it. As this remembrance demonstrates, Native Hawaiian women, as well as other Indigenous groups of women around the world, have been integral stewards of plant cultivation. In a co-authored article titled “Ua lele ka manu, or ‘The bird has flown’: Science education from Indigenous/local/place-based perspectives” Abbott as one of the contributors points out an “educational issue in science” which emphasizes that in Hawaiian, “there are no words that convey western meanings of science, nature, or physical universe as separate from culture and identity.”[7] Abbott has participated as an authority within the realms of both the traditional uses of Hawaiian plants and the Linnaean classification system of taxonomy. Her concept of humans and nature as inseparable is not only useful for ethnobotanists and biologists, but also important for Native Hawaiian activists and lawmakers involved in land rights and the sovereignty movement.

Based off of archival evidence and in the analytical framework of STS (Science and Technology Studies), I argue that Abbott’s social science work gives testimony to the ways in which Indigenous Native American ways of life can undergo reinvention in wake of colonialism. I discuss how her work connects to existing literature throughout the world on women’s ethnobotanical knowledge. Identifying aspects of Abbott’s work on the inter- generational transmission of Native Hawaiian women’s ethnobotanical knowledge reveals how the telling of her story speaks to issues of gender and indigeneity, topics which anthropologists and ethnobotanists have likewise grappled with. In this work, I posit that Abbott’s contributions within the period of the Hawaiian Renaissance from the 1960’s through the 80’s reveals how she represents a kind of figure that maintains Hawaiian culture by combining indigeneity with Western science. Her story exemplifies the ways in which Indigenous and Western knowledge systems might proceed to more convivial and synergistic forms of understanding, living, and discovery.

Join the Society from $10 to access a range of benefits and funding opportunities.